Tues-Saturday: 10am to 5pm; Sunday Closed

March 30, 2012-The e-Vision’s team decided to try something new when they went on a trip down to Longview, Tx for the Jarvis National Alumni Homecoming event. They decided that They were going to live broadcast their events on their National Alumni Association Webpage. When they first arrived on Friday at the Maud Cobb Convention Center in Longview, the team was under the impression that the center had a T-1 connection speed that was available. Actually when They got down there and ran an internet connection speed test, they found out that the center actually only had 6 mbps(megabits per second). A huge downgrade from a T-1 connection. They knew then that they were going to have trouble broadcasting live with this speed. The video was not going to be in real time but would lag a few seconds behind. The video also appeared to be moving in slow motion. They talked to the web maintenance guy, but he told them he really couldn’t help them, being that there was only so much he could do. The team then set up their new logitech cameras to their tripods, connected them to their computer and ran a test to see how the streaming quality actually looked. They sent out facebook alerts and told everyone to check out Jarvis’s Live Streaming Homecoming weekend events at JCCNAA.ORG. At first it looked great but then the video started to slow down. With the Fish Fry and Tally Rally getting ready to start, their was only so much they could do and they had to broadcast it like that. That was eVisions first broadcasting event. The next morning when the team went to go to the NAA/ “Meet the Candidates” meeting. We again set up to broadcast. This time, things went a lot smoother. Back at Jarvis, where we we set up, the church had a connection speed of 10 mpbs, which was almost two times that of the convention center. With this small advantage, when broadcasting, the video looked a lot sharper and video speed was a lot quicker, Though lagging still maintained, the video was far from being choppy. Later that evening around 4, the team went back to the Maud Cobb Convention Center to set up for the Banquet. While there the team got in contact with Maintenance again to ask for an Ethernet cord that would Lan connect us straight from the power-source to our laptops in hopes to increase internet connection speed. Seeing that wireless would not cut it, they agreed but could not find an Ethernet cord long enough to drop from the tech room located right above us to where we were located. While Eric was in the tech room, he did notice an easily direct solution to our problem. He noticed that the Convention Center had a Cisco Killer Connection which has amazing speed. When trying to ask the maintenance guy for access, he declined and said it was Maud Cobb’s policy to not let anyone, other than the center to connect to it for security purpose 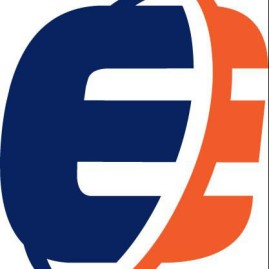 We Think Outside The Box